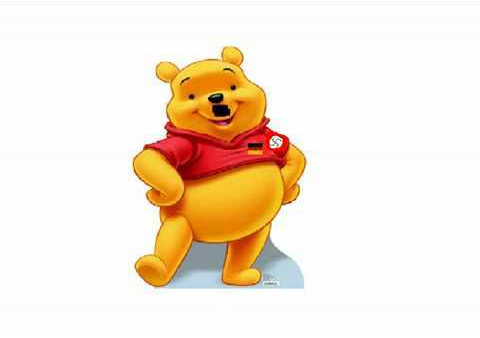 That’s right, Tigger is a symbol of a right-wing socialist régime…that likes to bounce.
Eeyore, and how he is constantly losing his tale, is obviously a reference to ever-changing European sympathies towards the Third Reich.
Piglet is the Jew hating (hence him being a pig) caricature of the “superior race”.
Owl is Himmler.
And Winnie The Pooh, himself, is Hitler.  In addition to pudding, Hitler also loved Hunny!
It’s all right there!  You just have to read between the lines.
Either that, or it’s just a kids cartoon.  But probably not.
A Ménage à Trois.
Is Not Entirely Fun,
When Your By Yourself.
—NPX

(Note: Original pictures from this older post have been accidentally lost to time.)

LENGTH OF THE SPACE BONER